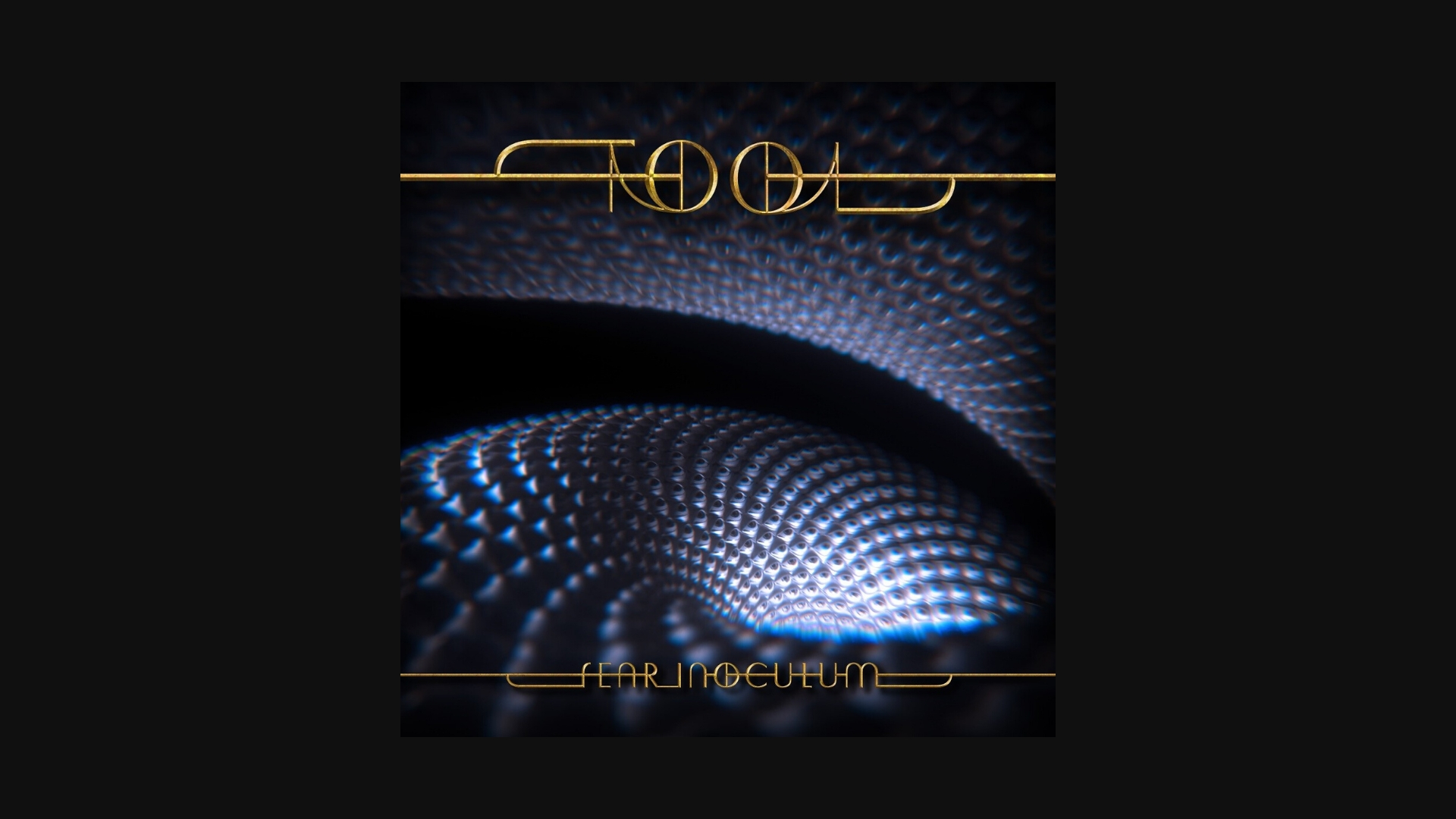 For those that didn't hear, Tool finally did release their new album. The popular progressive metal/rock band released their fifth studio album Fear Inoculum on August 31, 2019 and it is arguably the band's greatest work yet. Tool is favourited by stoners, psychedelic explorers and music enthusiasts alike and this review is long overdue but not as much overdue as this highly anticipated album was.

So what does ‘Fear Inoculum’ even mean? Well, let’s first understand inoculation as something being contained in a needle or a device. We could also look at it as a way a snake inoculates poisonous venom in order to kill or impair its prey. Now thinking about how fear is inoculated could be a message on how media or politics inoculate fear through various means. Essentially, fear impairs people and ideally that is the bottom line of the album title, of course, there is room for interpretation.

Fear Inoculum comes to fans 13 years after Tool’s 2006 masterpiece 10,000 Days and fans expected something special to satisfy their unquestionable allegiance and patience to the band and Tool delivered. The album brings familiar elements such as tribal drums and hypnotic rhythms that the band is known to embody. Of course, once all the whining from the fan base ceased and the album was heard, forgiveness of doubting Tool flooded social media and like a miracle, Tool fans were satisfied and had forgiven the bands years of teasing and empty promises of a fifth studio album.

‍Fear Inoculum like all of Tool’s work needs to be listened to in its entirety and the transitions between songs on the album are highly complex and well done. The album’s songs for most music enthusiasts would be considered long as 6 of the 10 songs on the album are over 10 minutes. Despite the bands’ long songs, it still sat at the top of charts in its initial release and according to LoudWire was the number one selling rock album in 2019.

Now, the album comes with its flaws and I’ll be the first to say that one vital mistake on this album is the final track Mockingbeat. While it is only a 2:06 finish to an otherwise masterpiece, it brings a very sobering noise to the album and can be described as a sound between a bad disk jockey and birds chirping. Arguably, the album is a journey or experience, and Mockingbeat is a type of ‘snap back to reality’ that Tool plays with. In some ways, Mockingbeat is a testament to the idea of the Tool experience and in this case it's an ugly, screechy, hardly pleasurable sobering ending to an incredible album. I do acknowledge from a musical standpoint it's disappointing, but from an overall artistic view it could be significant and meta to the entire idea of ‘Fear Inoculum’.

For any newcomers to Tool, Invincible which is the fourth track on the album is a highly multilayered song that expresses the musical sophistication of the band and is a good place for new listeners to start. I think for any new Tool listeners Invincible might be a nice taste of what the band is all about. Interestingly, Invincible shows some vulnerability where vocalist Maynard Keenan sings about the band trying to stay relevant in the music industry and plays fun with their successes.

All in all, the album is exactly what fans needed and Tool embraces the elements that have made them a commercial success while also deviating enough to not sound repetitive to previous works. Ultimately, they have finally given fans something new to talk about and also won themselves a Best Metal Performance at the 2020 Grammys for their song 7emptest.