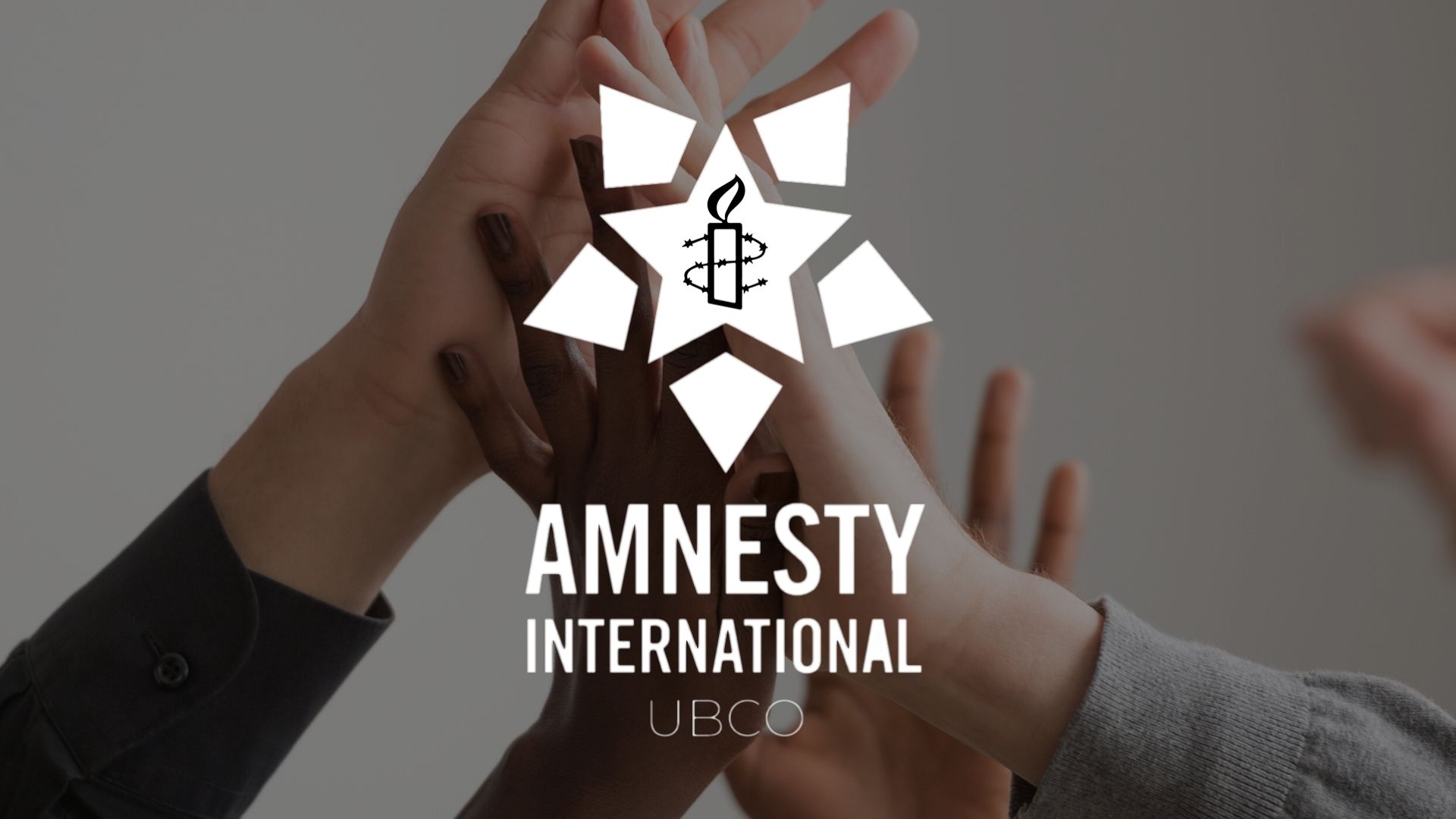 On February 14, the UBCO chapter of Amnesty International held its first event, ‘Advocacy Day,’ hoping to create awareness regarding the many campaigns Amnesty Canada has led in 2019, as well as gain signatures for an ongoing ‘Write for Rights’ youth-led campaign demanding justice for the Grassy Narrows First Nations community ongoing poisoning due to the drinking of mercury infected water.

The club set up a stall in the UNC foyer from 11 a.m. to 4 p.m., hoping to educate students and faculty alike. They were also hoping to gather volunteers, or as the leaders of the club call them, ‘Human Rights Ambassadors.’

Amnesty International is a nonprofit and non-government human rights organization that fights for many atrocities committed against people and communities around the world. It has over eight million supporters that consist of larger, official groups in other cities and countries, as well as students in various high schools and universities.

The UBCO chapter of Amnesty International is fairly recent and was formally started in January. Human rights violations are an especially important issue all over the globe right now with what is currently happening in countries such as China, India and the United States etc. so it is quite imperative to have such a space on a university level to address such concerns. One of the founders of the club shared with me the reason as to why they started this club: “We started this club because we wanted to empower the youth on campus and channel their voices, passion, and talent towards fighting for human rights both locally and globally.”

Moreover, they also found that there was a limited space to discuss their dissatisfaction with how human rights are currently addressed on campus since no such club existed. In addition to this, since the UBC Vancouver campus already has an Amnesty International club, it is only fitting that we have one here at the Okanagan campus. Another place where the inspiration to start this club came from was UBC Vancouver’s success in the Grassy Narrows campaign. They used their voice and in December of last year employed its student body and wrote multiple letters to the Federal Government in Ontario, generating a response from said government.

This is something UBCO’s club also wants to do and feels it is vital to keep the momentum going here as well, because, as stated by another member of the club, “students are hugely influential.”

This is something we should use to start a conversation and gradually influence change. There is strength in numbers and it is important to keep standing up for the oppressed here in Canada and on a local level, so we can have an impact at UBCO and anywhere else.