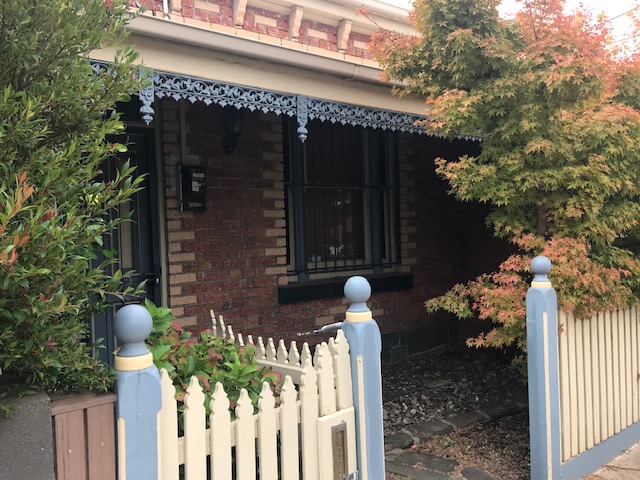 When I first flew into Melbourne, I booked an Airbnb. I did this because I felt it would make the move overseas a little smoother. Many people do hostels when they first land, and that can be a great route too, but I really wanted my own space to decompress and I already had friends in the city, so I had people to socialize with. Having the room was great because it allowed me to do my own thing while I got over my jetlag. The room was also in the area where I used to live so it was familiar and gave me easy access to my friends.

Luckily, I was able to secure a place to live before I came over. And when I say luckily, I really do mean lucky. I didn’t want to live in the accommodations provided by the University of Melbourne, partly because I’m 28, a little because I think living in the city gives you a better experience, but mainly because I had lived in the city previously and had a wonderful time. For those reasons, I started searching for a room in a sharehouse about three weeks before I came. Using different Facebook groups and a few different apps and started messaging people.

It’s important to note that searching for a place is like a job in and of itself, especially in a big city that has a major university. You need to be constantly looking at updates and, even before you’ve properly looked into the details, you’ve got to be messaging renters telling them about yourself and expressing interest. You do this because others will also be doing this and you’re hoping to book an inspection before a renter decides to stop looking at applications due to a high response volume.

I started looking before I came over because I wanted to see if anyone would be willing to do a Skype interview with me. I knew this was highly unlikely because most people want to meet a potential housemate before they offer a room. Most responses I got back told me to contact them once I got into town. I sent out almost 30 applications and only had two interviews. Luckily, very luckily, I was offered a room after one of those interviews.

I tell you this, not to worry you about finding a place, but to prepare you. You will find a place! Don’t stress. But you need to be ready for it to take a while. Once you land somewhere, if you haven’t already organized a place to live, expect it to take at least two weeks. You also don’t want to take just anything because you’re feeling desperate. Give yourself time and find a place that works for you.

After securing a place, the next bit was to make it liveable. This is where my first week in Melbourne turned stressful.

First and foremost, a person needs a bed. The day I landed I started searching the web for a bed. I wasn’t wanting to buy a brand-new bed due to the fact I’m only going to be in Melbourne for a year, so I was hoping to find a decently priced second-hand one. My friend lent me an air mattress to sleep on in my new place while I looked for a bed, but I was eager to get a bed quickly so that I would feel more settled.

I had made a deal to buy a bed on two separate occasions, but each time the seller backed out. At one point I had even bought a certain sized bedding, but then had to return it because I no longer knew what size bed I was going to be getting. I was without a bed of my own for about a week until I walked into the Salvation Army store near my house and found a brand-new mattress (still in the plastic) for $150. I bought that thing faster than you can say Jack Robinson.

The next dilemma faced was how I was going to get the bed from the store to my house without a car. According to Google Maps, the Salvation Army was a mere 400m from my house so I asked one of my housemates if they would be ever so kind as to help me physically carry the bed from Point A to Point B. So, with the help of my new housemate, I carried that bed down one of the busiest and most famous streets of Melbourne during rush hour traffic.

Now that the mattress is in my room atop the bed base my housemate lent me and is all outfitted, the room has finally started to feel like mine. As I slowly gather a few more items to make the room a little homier, the space is starting to become my own and I’m becoming increasingly excited about spending the next year here in Australia.