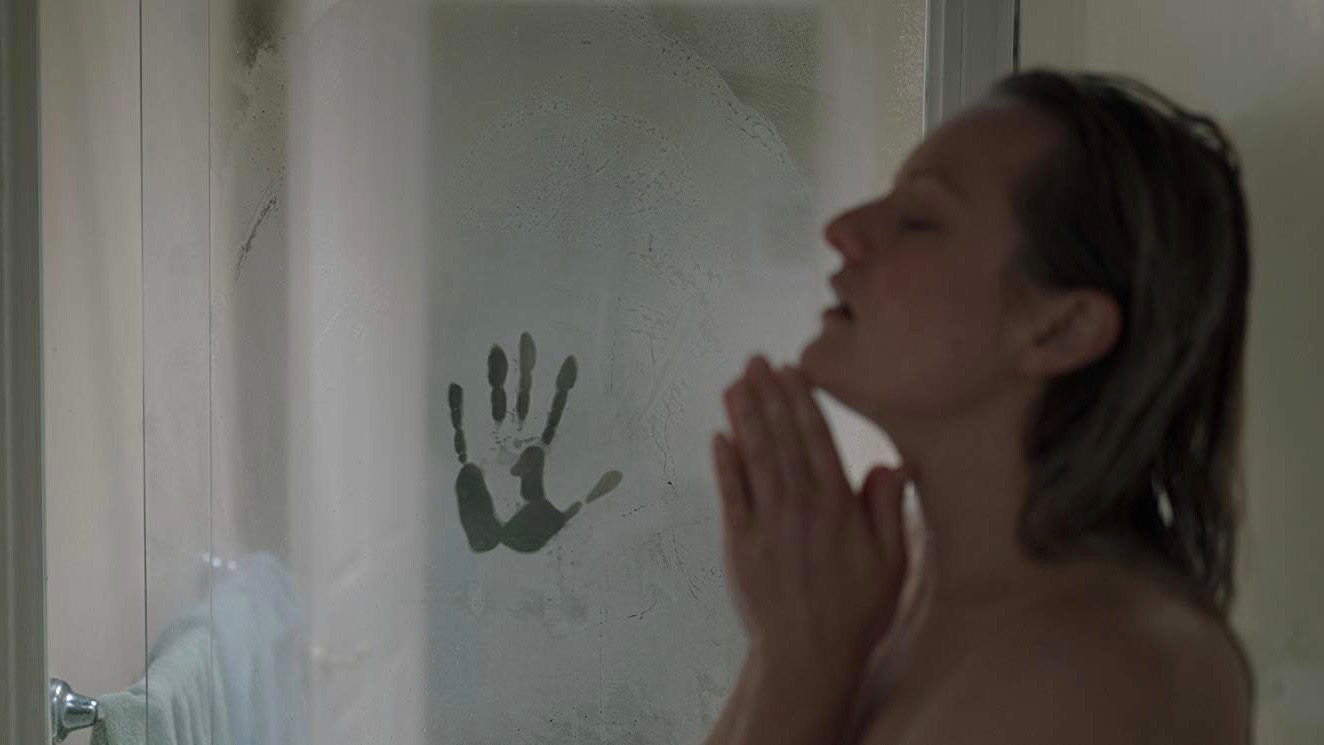 Loosely based on the novel by H. G. Wells, The Invisible Man is a cleverly written, beautifully shot, and genuinely terrifying movie about abuse.

After leaving her abusive ex-boyfriend, Cecilia Kass (Elisabeth Moss) goes into hiding at the house of her childhood friend James Lanier (Aldis Hodge). Paranoid that her ex, the wealthy scientist Adrian Griffin (Oliver Jackson-Cohen) is stalking her, Kass struggles to leave the house, get a job, or even talk to Lanier and her sister, Emily (Harriet Dyer). But when Griffin is discovered dead by apparent suicide, Kass finally has a chance to move on with her life… That is, until a series of strange events make it seem like Griffin might not be dead after all.

Unlike previous adaptations of Wells’ novel, Invisible Man focuses almost entirely on Kass, treating Griffin as a looming presence for a large part of the film. Roughly the first half of the movie plays out as a haunted house movie, with strange occurrences reminiscent of Paranormal Activity or Poltergeist. In these parts especially, Moss’ performance as gaslighting victim Kass stands out. Convinced Griffin is haunting her – alive or otherwise – Kass tries in vain to convince the people in her life of the reality she knows but comes across sounding crazy not only to her friends, but to herself and the audience as well. As she questions her own sanity, Kass becomes more reflective, spending large amounts of time purposefully staring into space, looking for any hints to what happened to Griffin.

These moments allow the audience to experience the other greatest strength of Invisible Man: the one-two punch of Leigh Whannell’s directing and Stefan Duscio’s cinematography. Invisible Man makes use of immaculately designed shots and subtle movements to convey a sense of subtle off-ness. Unlike many horror movies, there’s nothing inherently creepy about the environment this film takes place in, and Whannell never intends for there to be. However, the director makes extensive use of zoomed-out shots and clearly-arranged room layouts to convey a clear sense of order. As soon as that order is disturbed – say an already difficult-to-see knife goes missing – it’s immediately unsettling. While this effect is somewhat diminished once the villain of the film is revealed, Whannell’s subtlety is psychological and terrifying in a way that’s far too rare among modern horror flicks.

Though the story is technically over a hundred years old, Invisible Man handles it in a way that feels original, and distinctly modern. Making brilliant use of subtlety, space, and psychological drama, Whannell’s latest cements him alongside Jordan Peele and Ari Aster as one of the leaders among a new crop of modern horror virtuosos.