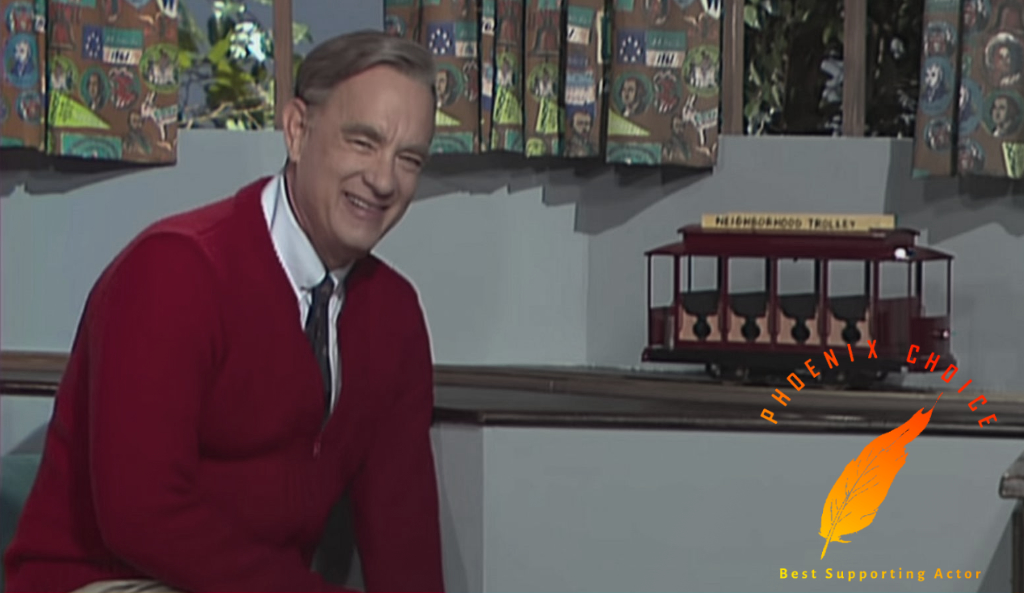 Who Should Win: Tom Hanks – A Beautiful Day in the Neighborhood

Based on the Esquire article “Can you say… Hero?” by Tom Junod, A Beautiful Day in the Neighborhood is a biopic of beloved children’s entertainer Fred Rogers (Tom Hanks). Somewhat unconventionally, Beautiful Day relegates Rogers to a supporting role, instead focusing its narrative on Lloyd Vogel (Matthew Rhys), a journalist assigned with writing a profile on him for Esquire. As the two spend more time together, Rogers’ unwavering kindness begins to rub off on Vogel, transforming the embittered journalist into a more thoughtful, caring person.

Beautiful Day’s approach to its characters allows Hanks to play the undeniably good Rogers in an antagonistic role. Vogel is a ruthless cynic who believes that even the most positive people must be phony at best but is entirely unprepared for his experiences with Rogers. Rogers is patient and attentive with Vogel, thanking him for his questions, comments, and perspective, while providing thoughtful and informative answers. Beyond his friendly demeanor and always-cheerful personality, Rogers is a man with a detailed history and complex personality. Vogel is shocked to learn that Rogers is vegetarian, has a temper and unique anger management routine, and has had an often-strained relationship with his two sons. Vogel is just as surprised when Rogers repeatedly manages to turn the interviewer’s questions back on him to reveal some tucked-away secret of his own.

While the movie tries – and usually succeeds – to make Rogers an approachable human being, it occasionally ventures into hyperbole. During one scene of Vogel and Rogers at lunch, Rogers asks for a moment of silence, only for the entire restaurant to quiet down as all the patrons close their eyes. There’s even a bizarre nightmare sequence in which Hanks’ character steps into a more obviously antagonistic role.  But while these scenes give Rogers a larger-than-life personality, Hanks nevertheless imbues the television host with nuance, quirks, and a subtle humanity. While Rogers never seems like someone you’ve met, Hanks’ portrayal keeps him grounded. While his persona is unfailingly kind and joyous, Rogers is expressive in minute ways, constantly showing both his feelings and how deals with them, without ever overindulging in his emotions. The real Mr. Rogers thought that it was best to lead by example, and Hanks’ portrayal is patient and open, and an excellent teacher.

With a career spanning almost 40 years, Tom Hanks has already cemented his reputation as one of the most respected actors working today. Surprisingly, however, it’s been 19 years since Tom Hanks was last nominated for an Oscar (for Cast Away), and 25 years since he last won (for Forrest Gump). After such a long time, Hanks’ first-ever nomination in the Supporting Actor category could send him home with his third statue.

Who Got Snubbed: Priit Võigemast – Truth and Justice

Truth and Justice – Estonia’s submission for this year’s Best International Feature Oscar – is a historical epic which tells the story of a 24-year rivalry between two neighbouring farmers. Over nearly three hours, the film shows how protagonist Andres Paas goes from a bright-eyed, optimistic farmer who believes in the righteousness of the law, to a bitter, old miser who exploits the courts for his own gain. At the centre of that conflict is Pearu (Priit Võigemast): Andres’ conniving neighbour who repeatedly uses trickery, treachery, and simple annoyance in his attempts to drive Andres off the land.

In contrast to the stoic, brooding Andres, Pearu is eccentric, uneducated, and mischievous. Pearu’s antics regularly draw ire from Andres while entertaining the townsfolk and audience alike. Though he’s initially unlikeable, Pearu often comes across more as a cartoon villain who is regularly outsmarted by Andres, than a real threat to his farm. As time goes on, however, Pearu relative stability as a character serves to highlight Andres’ descent into madness as the once-virtuous farmer’s obsession with legacy gets the better of him.

Through Võigemast’s performance, Pearu has all the makings of a truly great villain. Despite his role in the narrative, Pearu is a thoroughly human character, with clear motivations and believable personality. He’s the kind of antagonist the audience roots for by the end. Perhaps most importantly, Võigemast steals the show in every scene he’s in.  This year was only the second time an Estonian submission for Best International Feature has made the shortlist, and a win was never likely, given its competition. Had Truth and Justice garnered any other nominations, that would have been a first as well. Nonetheless, an Estonian nominee for Best Supporting Actor in 2020 would not only have been groundbreaking, but much deserved.

…And Who Got Robbed: Willem Dafoe - The Lighthouse

“What made your last keeper leave?”  “He believed there was some enchantment in the light. Went mad he did.” This prophetic exchange begins the second trailer for The Lighthouse, the story of a lighthouse keeper going mad (Robert Pattinson) and his abusive partner (Willem Dafoe).  Dafoe plays Thomas Wake, the closest thing the movie has to a villain, doing everything in his power to make Ephraim Winslow’s (Pattinson) time as a lighthouse keeper unbearable. Wake swings between extreme joviality and unbelievable pettiness. In one scene, Wake and Winslow share a jaunty seaman’s dance, making fools of themselves as time melts away for both characters. Only a few minutes later, Wake berates Winslow for spilling a can of beans, his interrogation “Why’d you spill your beans?” and subsequent verbal thrashing haunting Winslow for the rest of the film.

Accordingly, Dafoe’s performance in The Lighthouse is brutally bipolar, while hitting all the right notes. Dafoe is responsible for the film’s funniest scenes: an unforgettably energetic monologue sees Wake lose his mind and curse Winslow, praying to Neptune for him to be swallowed up by the sea, because Winslow didn’t like a dinner he’d made the night before.

At the same time, Dafoe establishes the movie’s spooky atmosphere: another equally memorable scene shows a naked Wake towering over Winslow menacingly, eyes ablaze with the light of the titular lighthouse, when the latter tries to sneak into an off-limits area.

Dafoe is among the most recognizable actors working right now, and his body of work speaks for itself. With roles including Max Schreck in Shadow of the Vampire, Vincent Van Gogh in At Eternity’s Gate, and Norman Osbourne in Sam Raimi’s Spider-Man trilogy, Dafoe has proven himself an incredible character actor. With Wake, Dafoe adds an imposing lighthouse keeper to his repertoire of characters. And while audiences and critics alike can agree that Wake is a memorable role, the Academy seems to have already forgotten. 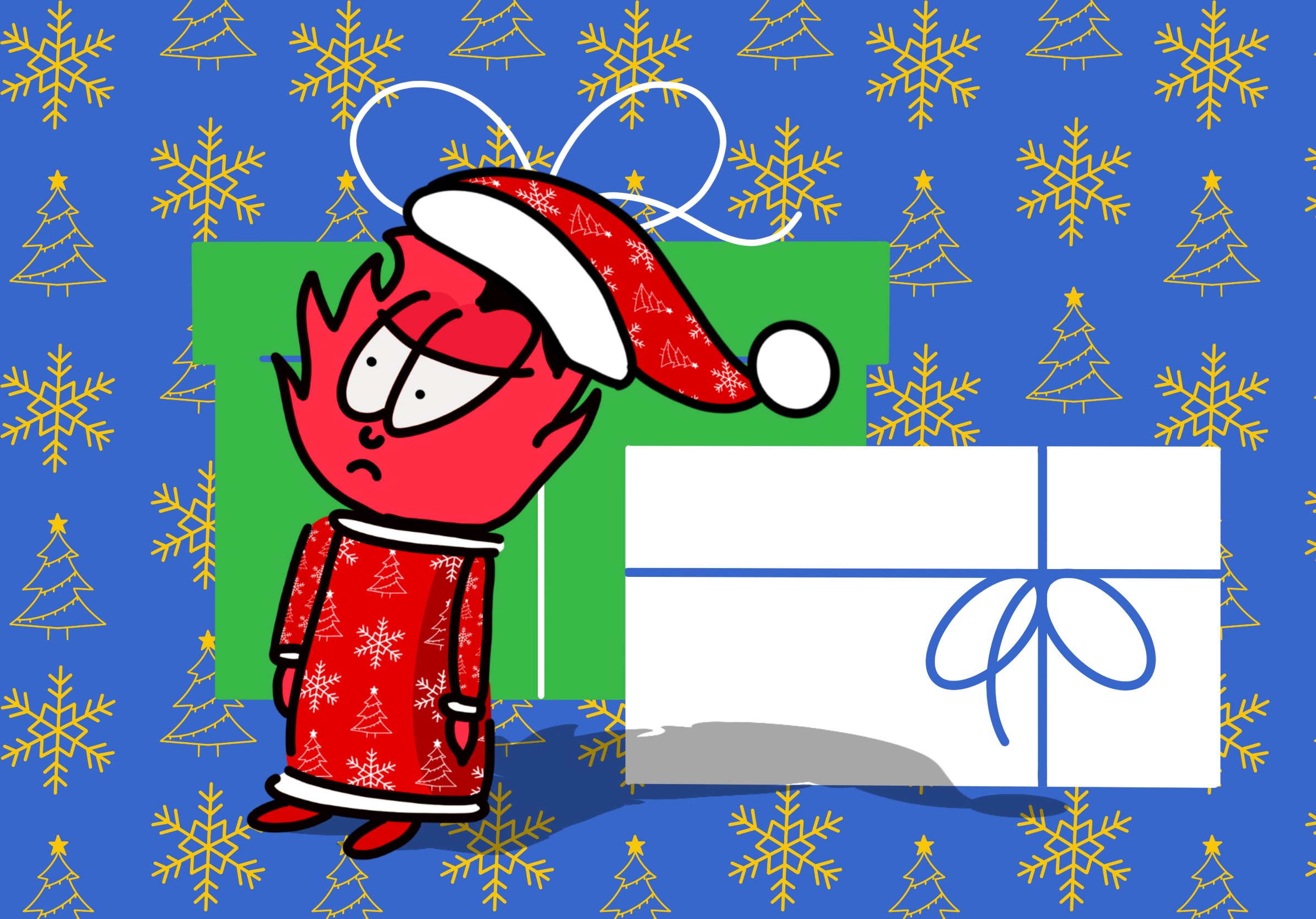