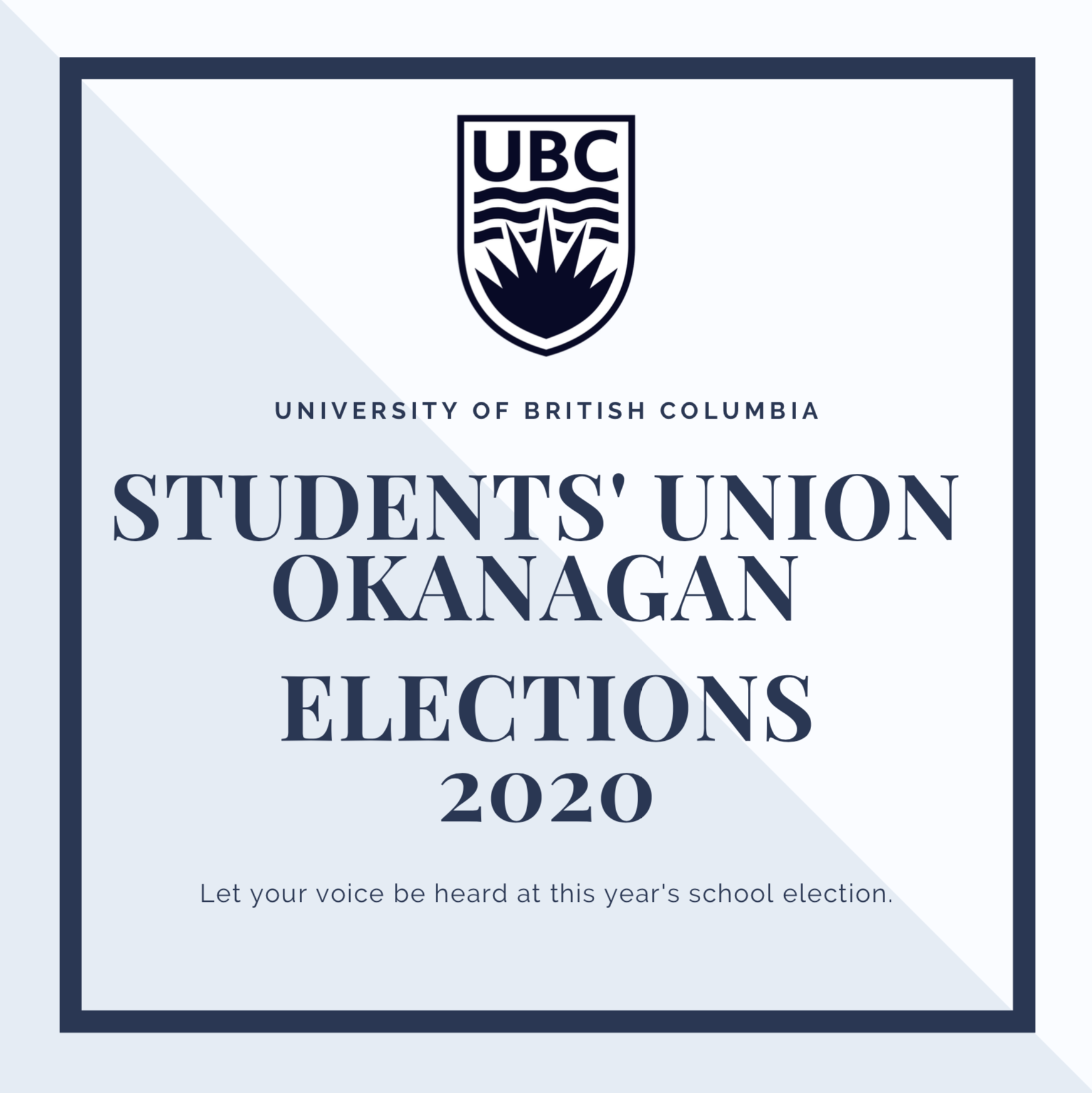 The 2020 UBCSUO Debates occurred on February 25 and February 26 with VP Campus Life, Director at Large and VP Finance & Administration taking place on the first night, and VP Internal, VP External and President taking place on the second night. As a first-time debate goer, I found both debates to be very thought-provoking, not only about important issues taking place at UBC Okanagan but also about interview mannerisms in general and what qualities make a strong leader.

The debates were well structured by the SUO; each candidate was given two to three minutes for opening remarks followed by a period of questions, and then around one final minute for closing remarks. The questions presented for the candidates were a combination of pre-planned questions directly from the SUO as well as audience questions that were submitted in real-time.

The questions presented during the question periods were mainly job-specific to each unique position and focused on current issues at UBCO. A few of the major themes addressed throughout the debates included responsible handling of the SUO budget, providing better resources to students including more study space and mitigating risks associated with big campus parties such as Frosh and Recess.

One thing that stood out to me about the first evening of debates was the lack of preparedness by some of the candidates. On a handful of occasions, candidates admitted to not knowing, or preparing, for the questions they were asked. With that said, there was a surprising number of candidates in their first and second years debating on this night which likely played a role in the perceived inexperience of the candidates.

In contrast, the second night of debates featured all upper-year candidates with the majority being returning members of the UBCSUO Board of Directors. The VP Internal and VP External positions were both uncontested with one candidate debating for each position respectively. Given these circumstances, the candidates were generally more confident in responding to difficult questions on the second night of debates.

Overall, it was interesting to hear all the candidates discuss ways that the UBCSUO can grow and improve for the betterment of student life at UBCO. I encourage anyone who didn’t get a chance to watch the debates live to review the live feeds on The Phoenix Facebook page before voting takes place on March 2 to March 4.