Systemic Neglect of Indigenous Students in the SUO 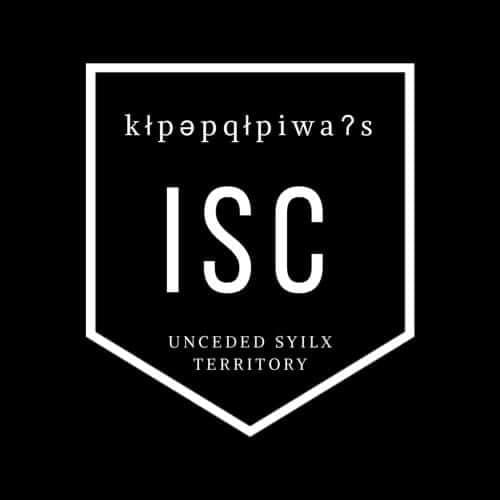 Dear University of British Columbia Students’ Union Board of Directors:

We acknowledge that this battle for safety and opportunity has been fought on this land by the Syilx Okanagan Nation for hundreds of years since the first arrival of white invaders to their territory. We give thanks to the Syilx Okanagan Nation for allowing us to live on their lands as visitors. It is not enough to give a pre-prepared bare minimum land acknowledgement, you must respect the People of this land. Your words mean little if your actions oppose them. As it stands, the land acknowledgements given by the SUO do not reflect the lack of respect given to Indigenous people on this campus on stolen Syilx Okanagan Land.

In this open letter, the leadership of the Indigenous Student Council (ISC) will outline our concerns with regard to the University of British Columbia Students’ Union Okanagan (SUO) systemic neglect of the Indigenous students on this campus.

Our first concern is the continuous neglect of the maintenance of the ISC’s status as a Resource Centre. It has come to the attention of the leadership of the ISC that for at least the last three academic years the SUO has neglected the Indigenous Student Council and our status as a Resource Centre on this campus. By refusing to acknowledge us as a legitimate and necessary resource centre at the same caliber as its other Resource Centres: the Women’s Resource Centre, PrideResource Centre and Peer Support Network at UBCO, the SUO has shown their lack of concern and support for the Indigenous student population.The ISC and our leadership has not been invited to official meetings between the SUO VicePresident Internal and the other Resource Centres in order to advocate for ourselves as a necessary Resource Centre. According to UBCSUO Bylaw Eighty-Nine(89) b. it is the responsibility of the Vice President Internal to “oversee, coordinate and liaise with the Resource Centres and delegate related responsibilities, as required, to the appropriate staff members.” This is not to solely blame the previous VP Internals, as UBCSUO Bylaw Eighty-Eight (88) y. states that it is the responsibility of the President to “ensure that the rules outlined in the Constitution, Bylaws, and Policies are considered their first priority.”  As outlined in their own governance documents, the SUO as a whole and as individual leaders have failed to meet their responsibilities as a Board as well as neglected the necessary relationship between themselves and the Indigenous Student Council as a Resource Centre.

Our second concern is the allocation of physical space to the Resource Centres. Unlike the other established resource centres, the ISC has not been given ample opportunity to host a physical space of any capacity over at least the last four years. According to UBCSUO bylaw two (2) s. “‘Resource Centre’ shall mean an advocacy focused student group with a common interest that has been granted student space and funding by the Student Union.” Utilizing their own definition of resource centre, it is clear that they have neglected the ISC as a proper resource centre through the refusal to grant ISC student space.While we acknowledge the struggle for physical space facing all of the resource centres, the neglect to offer even a shared physical space with the other resource centres further highlights the SUO’s general disregard for the ISC and in turn the Indigenous student population of this campus. By using the ISC as a resource centre in name and funding alone, the SUO has benefited from the public perception of apparent support of Indigenous students while neglecting their responsibilities to us in private. Support of Indigenous students is an issue that goes beyond money, it is at its core about relationships and respect.

The final concern is also grounded in Poostizadeh’s SUO of UBC 2020 Future Plan and its clear dismissal of the ISC as a legitimate and existing resource centre. In the section titled “Diversity,” Poostizadeh states: “In order to support all of our members and ensure they have a home on campus, the SUO should establish a fourth resource centre to better service these students.” The three established resource centres that Poostizadeh refers to and proposes dedicated office space for in his SUO of UBC 2020 Future plan are: the Pride Resource Centre, Women’s Resource Centre and Peer Support Network.The president clearly fails to acknowledge the existence of an already established fourth resource centre, the ISC. While the ISC does acknowledge the diversity of the students at UBCO, we find it inappropriate for the SUO to move forward with establishing a new resource centre for other marginalized groups when they have shown a lack of care for the resource centres that already exist. It is poor practice to disregard already established entities in favour of creating new ones simply to have your name associated with new innovation rather than neglect.

We as the leadership of the Indigenous Student Council put forth the following requests to the UBCSUO Board of Directors: