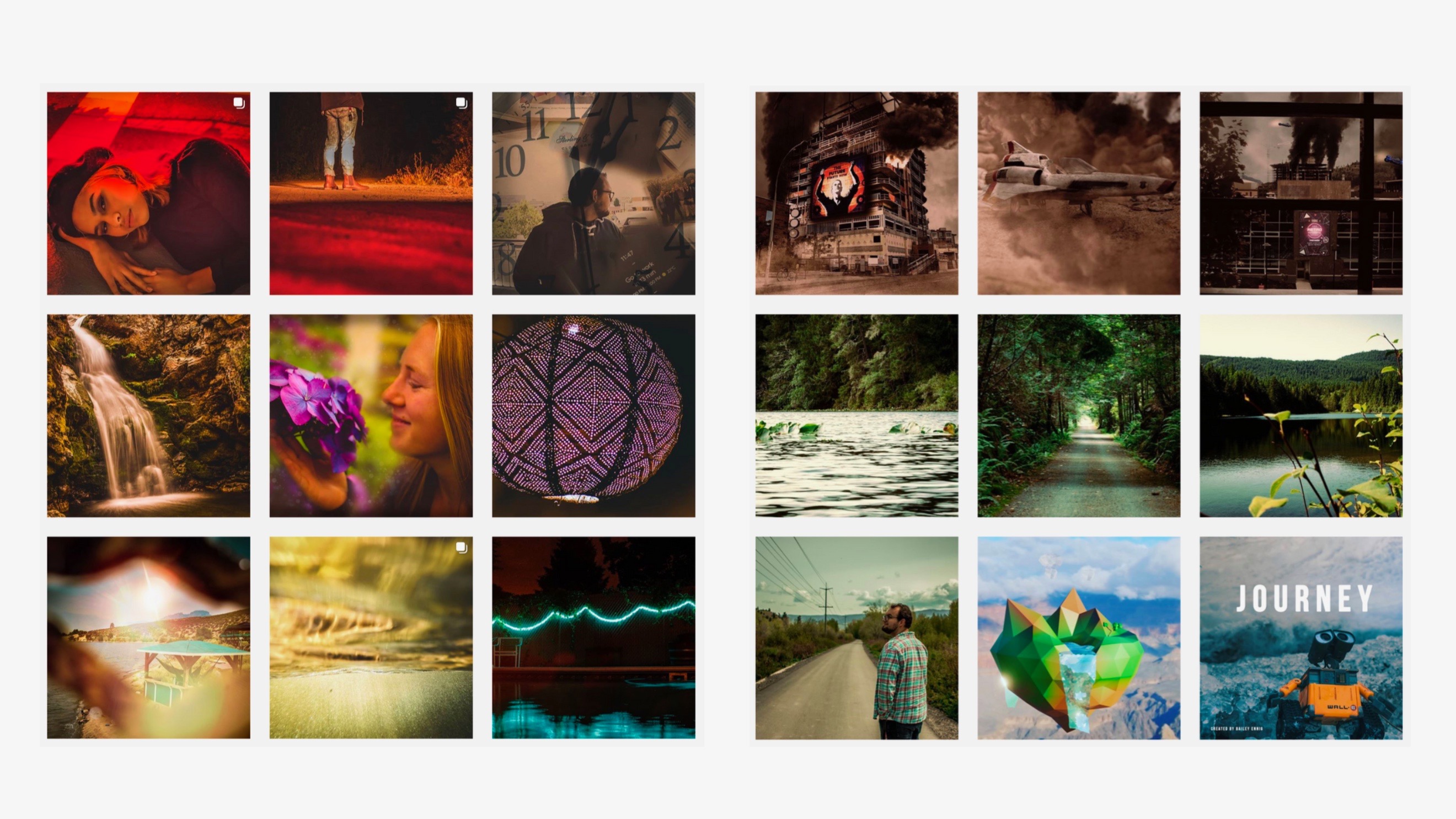 Born and raised in Kelowna, Ennig started his post-secondary education at Okanagan College, pursuing an English degree. Later, when he transferred to UBC Okanagan, he took a visual arts class which inspired him to transfer to the Visual Arts program in the Faculty of Creative and Critical Studies: “The class was called ‘Introduction to Digital Media’. I already had an interest in filmmaking and photography and a lot of my writing at the time was centered around screenplays. Being in this class took that to the next level. Instead of writing for it, I was making it. That fascinated me.”

Ennig works with a wide array of mediums, including photography, sculpture and animation: “Right now it’s all about photography and animation. And it’s been expanding into a bit of sculpture as well. The project that I’m currently working on is a 10-minute photo animation It also involves images of dioramas and animated videos. So you have the element of photography, you have the sculpture of these physical objects that I’m photographing, and the animation is putting it all together. I’m combining a bunch of things but it’s all stemming back to my love of storytelling and narrative. The piece is an exploration of some of my own personal experiences as a kid. Revisiting some difficult experiences that I’ve gone through and sharing them in a way that audience members can view and listen and appreciate, connect with.”

The themes and motifs that Ennig explores are mainly based on his past experiences and nostalgia: “I work in the themes of childhood and memory. I have pulled a lot of elements from my childhood and embedded them into photographic and other means. Typically this has been toys. I started out as a toy photographer. I used those toys to tell stories from my past, from my childhood. Thinking about nostalgia and memory. There’s also vulnerability with that. Being confident enough to share my story with other people.”

Ennig cites his father as his biggest inspiration for his practice today: “My biggest inspiration is my father. Growing up, he spent a lot of time model-making. He would do these pyrotechnic visual effects onto these models, blowing them up, making little worlds for them and taking photos. He taught me a lot about that. Subconsciously, that just started the trajectory that I am now on. I attribute him to be a big source of inspiration for me.”

In addition to his studies, Ennig also works at Kelowna Christian School as the director of the after-school programs. He also serves as the student representative on the Board of Directors of the Alternator Centre for Contemporary Art. On March 27, the Alternator Centre is holding a fundraiser bingo night at Chances Casino.

After graduation, Ennig plans to pursue a second Bachelor’s degree in Education here at UBC Okanagan: “I have applied for the post-degree Bachelor of Education. My goal has always been to teach. I think about a lot of teachers that have made a difference in my life. I think you can ask anyone, and they can name a teacher who’s made an impact on their life. I knew that I wanted to try to be that for someone; that is my goal. To empower other people to find their artistic voice. Teaching is my trajectory. That doesn’t mean I’m going to stop making art. That’s still going to be an integral part of my life.”

You can find more of Bailey Ennig’s work on his Instagram. He will also be a part of the BFA Year End Show, Any Moment, from April 18 – 27 at the Creative and Critical Studies building.