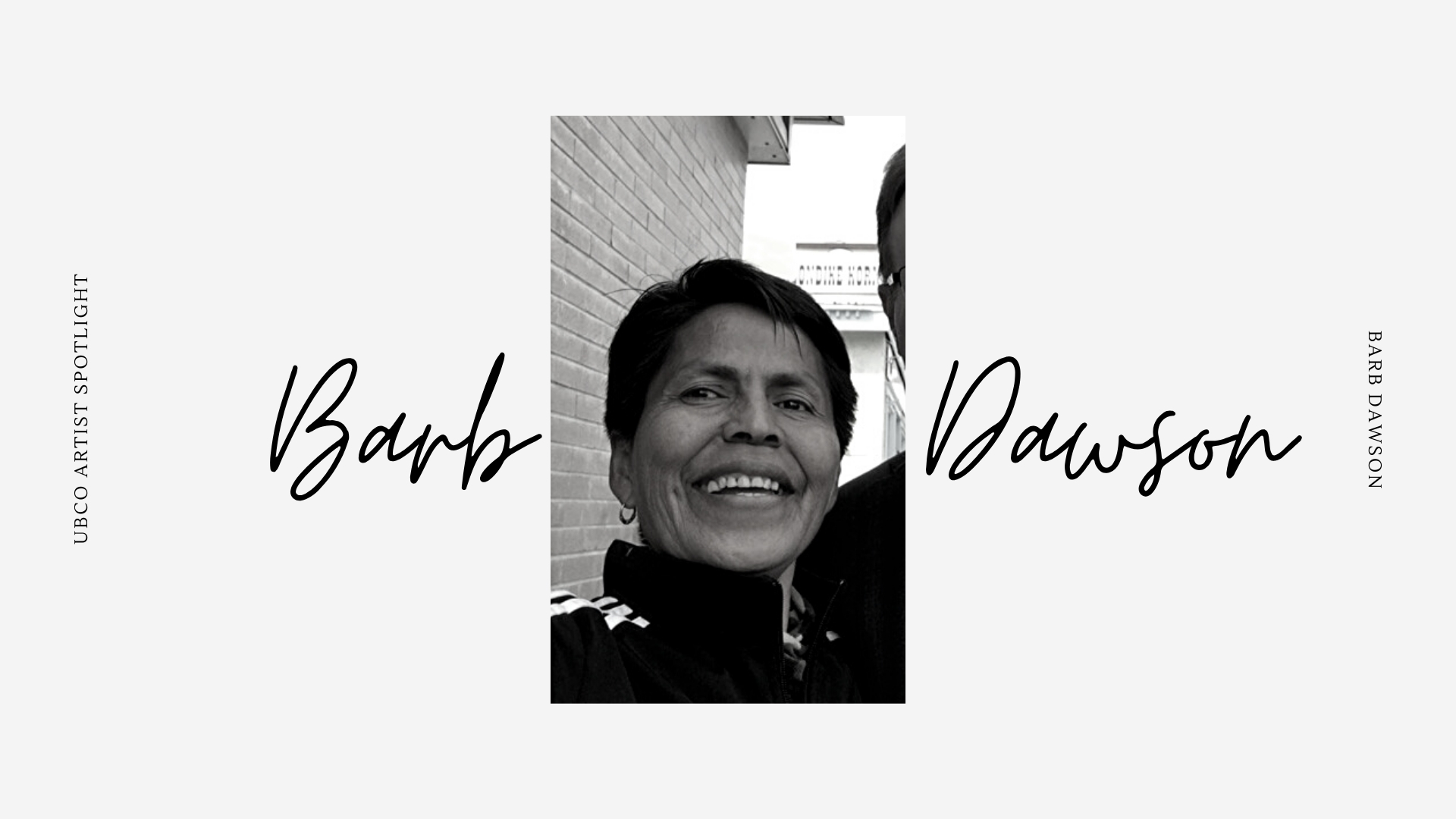 The motifs and themes Dawson explores in her work is often rooted in her memories of her ancestors: “When I was growing up with my grandparents, they had taught me so much from being brought up with them. They have passed on now and I realized that no one was talking about them and so I thought if I painted their portraits, that it will bring their memory back into conversation again. So I have been painting my Great Grandfather Chief Taku Jack of Atlin, BC and my Grandparents George and Rachel Dawson of Whitehorse, Yukon. I painted Chief Taku Jack, and my Grandparents George and Rachel, I had screen printed. These portraits are like an homage to their life well lived.”

Dawson’s relationship with her artwork began at a young age. She describes the experiencing of entering the BFA program as a mature student: “I have always made art and so when I had the chance to apply for this degree program, I jumped in with both feet. As a mature student, it is either all in or not at all.  So me being me, I jumped right in when I was accepted.  So I can honestly say, that art has always been part of me, but I just never called myself an artist.  But after I get my degree, I guess it’s legitimate.”

Dawson draws inspiration from other Northwest Coast artists such as herself and she hopes to carry on their legacy: “I have admired all the Northwest Coast artists and their ability to tell their story with the formline designs. I hope that I can work towards something similar. Carol Young Bagshaw- Steinbruek stands out, she started out as a mature student as well, and really made a name for herself in such a short time. Sadly she passed away recently. But I was really inspired when I met her here in Kelowna a few years ago. So I have to mention her for her perseverance.”

After graduation, Dawson plans to continue her practice in Kelowna with a possibility to pursue higher education: “I will continue to live in Kelowna, as I am thinking about continuing with graduate studies in Fine Arts.  But I think that will be in a year, maybe take a breather for now and see what other ideas I can work on. A series of portraits of Elders who are important might be my direction.”

More of Dawson’s work can be found on her Instagram. A website is also in the works.