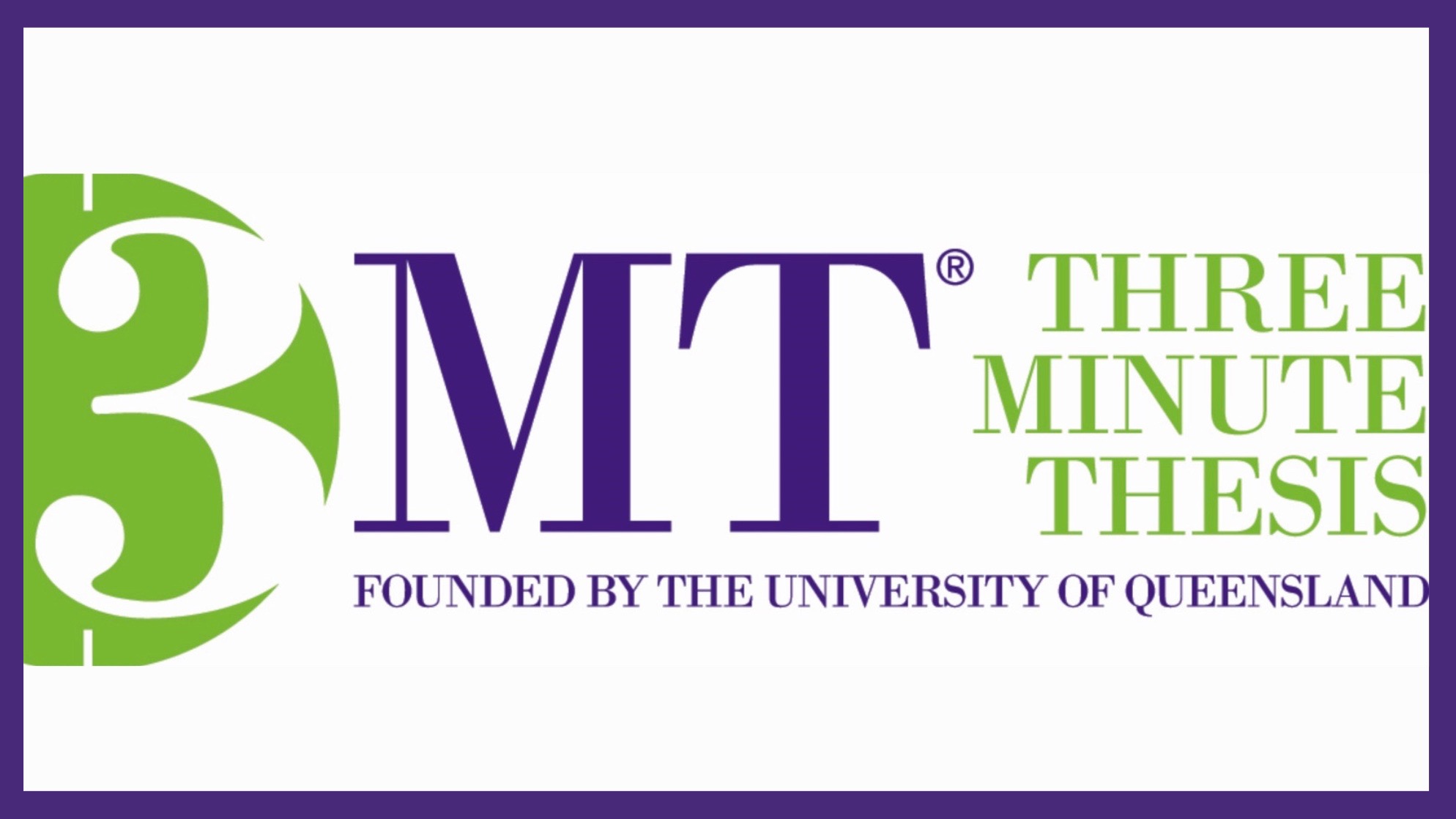 Portiaa McGonigal, a graduate student completing a masters in Biology, took home top prize for her research in UBCO’s 3MT competition on March 11.

The Three Minute Thesis (3MT) is an annual competition in which graduate students are allotted three minutes to discuss the significance of their research to a non-specialist audience. Students are limited to using one slide during their presentation and cannot use props or aids of any sort.

McGonigal’s three minute thesis focused on her research on “Crown Gall Disease of Grapevine: Investigating Management Strategies and Biological Controls.” This is a familiar issue facing many wine producers in the Okanagan region.

In an interview with McGonigal, she discusses her research project as well as how she prepared for this competition.

Can you briefly describe your research project? What were you hoping to achieve/accomplish with this research?

My research project looks into potential management strategies and biological control agents of a bacterial grapevine disease called “crown gall”. The disease is sometimes colloquially referred to as “plant cancer” as it is characterized by the growth of tumors (referred to as “galls”, hence the disease’s namesake) along the grapevine trunk. These tumors gridle the vine, thereby preventing the flow of water and nutrients. The consequences of this include a reduction in the number of berries that a vine will produce, as well as a decrease in the overall quality of those berries.

Moreover, if the vine contracts the disease when it is young, it is very likely to die. The negative symptoms of crown gall are triggered by root and trunk damage, which can be done by a number of different means. The disease is particularly prevalent in cool-climate grape growing regions where trunk damage is common due to winter freezing, and as such is quite widespread within the Okanagan valley. The main issue that BC grape growers are facing is that they have no way to control the spread of the disease and no way to sufficiently prevent it from occurring in the first place. The wine industry in BC brings in billions of dollars into the province’s economy each year, therefore the monetary loss associated with this disease can be substantial if it continues to spread.

In short, my project looks into how to manage this disease. I am looking at two new potential management strategies. The first strategy included in my project is an application of short bursts of extremely hot air (approximately 150 degrees Celsius) along the grapevine canopy, which is believed to induce a natural plant defence mechanism in the vine that may fight against infection.

The second strategy is an application of compost to the base of grapevine trunks in order to enhance overall vine health and reduce the likeliness of root and trunk injury, which again are what trigger the disease. I am also looking into how other microbes, particularly bacteria and fungi, may be able to prevent crown gall disease in grapevine. These microbes that are able to prevent the growth of the harmful crown gall bacteria while not being harmful on their own are called “biological control agents”. I have tested many samples in the lab and have found a set of samples that have been able to prevent the growth of crown gall bacteria at least to some extent. These samples will next be tested in live grapevines in a greenhouse experiment.

Overall, I am hoping to find out if any of these strategies are able to prevent the occurrence and/or spread of crown gall in BC. If my results are successful here, they also may be successful in other cold-climate grape growing regions as well. This will ultimately save BC growers thousands of dollars in potential losses and also protect our local vineyards – along with your favourite locally sourced glass of wine!

What motivated you to pick the research project you did?

My undergraduate degree is in cellular, molecular, and microbial biology, therefore I have always been interested in working in the field of microbiology. The bacterium that causes crown gall is itself fascinating to me, as it has a rather interesting method of infecting grapevines. It essentially hijacks and alters the grapevine’s genetics (not unlike how HIV infects humans), which is obviously scary for a grapevine, but is cool for me to study as a burgeoning microbiologist.

Moreover, while completing my undergrad, I had the amazing opportunity to work at the Agriculture and Agri-Food Canada Summerland Research and Development Centre, which really opened my eyes to what an exciting field agriculture research is in BC. I was able to work with grapevines and wine quality analysis quite extensively while I was there and grew to really enjoy learning about them. When the opportunity to work on this project, combining two things I was really interested in (bacteria and grapevines), I jumped on the chance to be a part of it.

How long did you work on your research? How long did it take for you to prep for this competition?

I started my graduate degree in September of 2019, though I have been working on the project since May 2019 (therefore for about 10 months total). My research is a mixture of lab work and field work, where I conduct work in the actual vineyards. My summers are filled with outdoor work as I assess different parameters of grapevine health, while in the colder months I spend most of my time in the lab working with the actual bacteria that cause the disease, with only a few trips into the vineyards.

In order to prepare for the competition, I watched a few of the previous winners’ presentations, which inspired me to focus more on the overarching story that my research entails, rather than getting bogged down by details. Science often calls for the barebone facts, so coming up with a story that people could relate to beyond the data took a few days to get right. Then I would get my lab mates and classmates to listen and give me feedback – this was mainly before I competed in my faculty’s heat to earn my spot into the finals. Once I knew I had made it to the final competition, I spent the next two weeks reciting my talk any chance I had. I would say it to myself every night before I went to sleep and then every morning when I woke up. My friends and colleagues were all so encouraging and willing to let me practice with them in the few days leading to the event, I don’t think I would have done as well as I did without them.

Any advice for students hoping to compete in the future?

I would say that any students hoping to compete in the future should focus on the story their research tells, and why it is important for someone to hear about. Let your passion about your project come through in the words you choose and the way you tell the story. Also, you will do well no matter what, so push yourself to be there and don’t back out because you’re nervous of presenting – the nerves go away faster than you think!